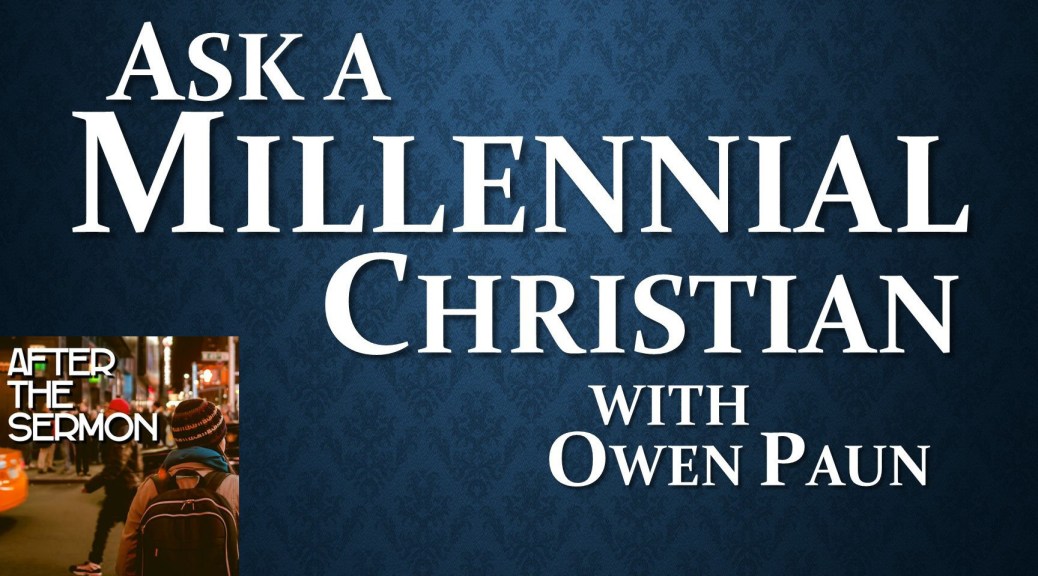 Jeremy Lundmark, host of After the Sermon, and I discuss the generational dynamics of Millennials in the workplace.

In part one of this conversation we cover:

“When I talk to Gen X’ers, they’re really big on C++ and old school computer stuff, they were really geeking out on that stuff. But I’m also not Hipster either.”

“The Evangelical church in America has largely completely appropriated the hipster movement.”

“The second thing to shape this generation is the recession of 2008 which destroyed a lot of our economic opportunity and opportunity for growth. Not only in career, but in terms of wealth, houses …”

“Church planting is really driven by Gen X, who had nowhere to go if they wanted to advance their careers beyond the typical youth pastor, ‘entry level,’ associate pastor. If you were a Gen Xer and you wanted a pulpit in a church you basically had to go out and start your own.”

“The older generation in the church should be willing to step aside and let the younger generation step up and coach them through that transition process. Jesus Christ did that for the Apostles while he was here.”