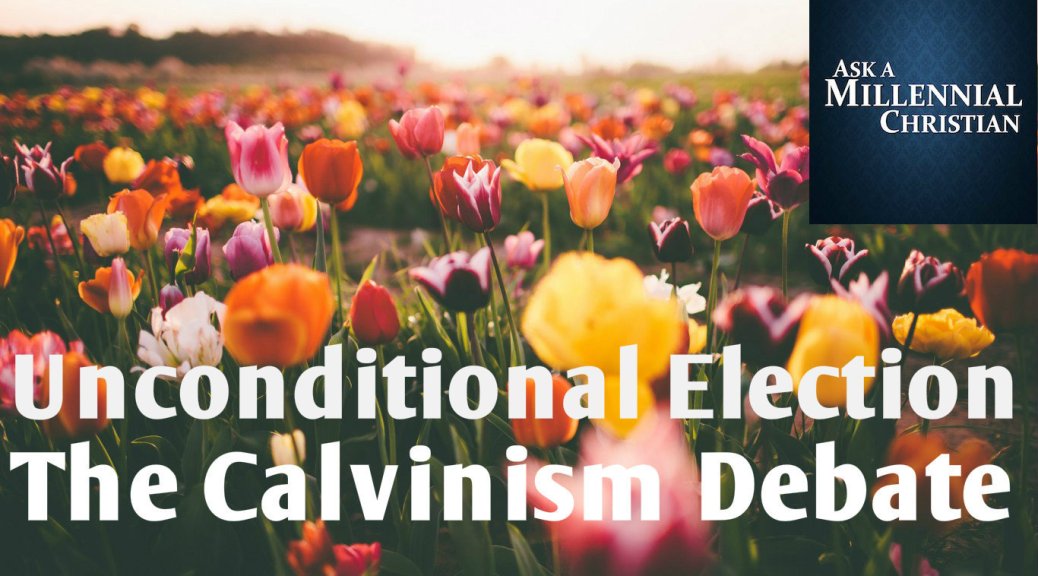 The Christus Victor Network, parent of Ask a Millennial Christian, is hosting a series of debates on the 5 points of Calvinism. Today’s episode is part two of that debate, “Unconditional Election.”

All 5 parts of the debate will appear on The Calvinism Debate as they are recorded.

Unfortunately, the last few minutes of Tyler’s audio was not recorded and he becomes the silent partner in the discussion. While it may seem like Leighton and Braxton are monopolizing the final few minutes, they are interacting with Tyler’s argumentation.

Next week’s episode will return to the regular format.