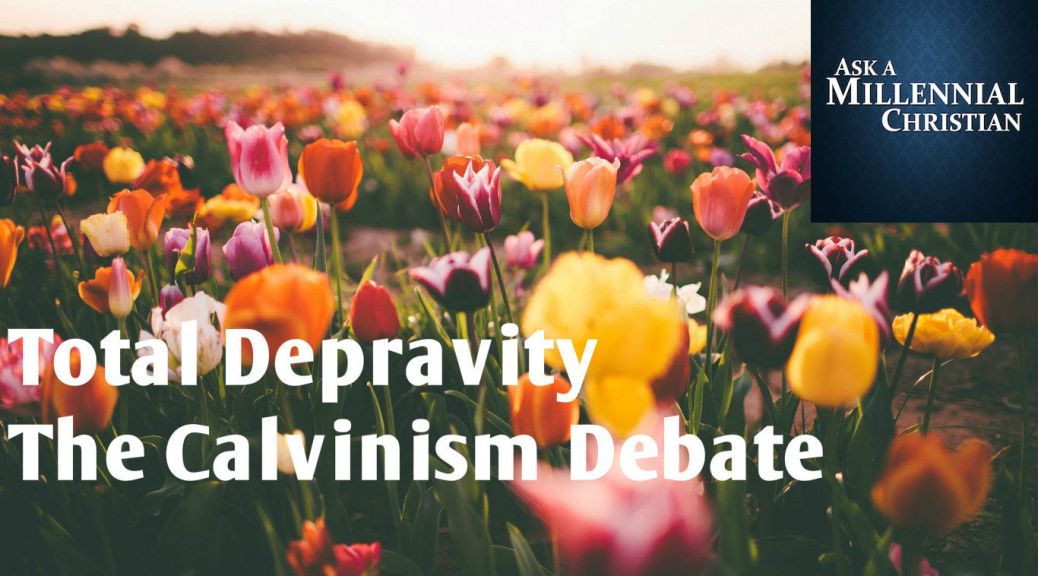 Today’s episode is a little different. The Christus Victor Network, parent of Ask a Millennial Christian, is hosting a series of debates on the 5 points of Calvinism. I recently moderated the first debate, on the “T” in TULIP – Total Depravity.

Tyler Vela (The Freed Thinker), who previously cohosted the first two episodes of AAMC, and Sean Cole (Understanding Christianity) argue for the inability of man.

All 5 parts of the debate will appear on The Calvinism Debate as they are recorded.

Next week’s episode will return to the regular format and we will be joined by a guest host who recently planted a church in Southern California whose congregation is majority Millennial.